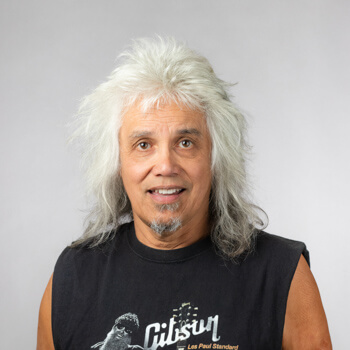 Richard has been practicing yoga since 1975. He was introduced to it having read Autobiography of a Yogi by Paramahansa Yogananda, founder of Self Realization Fellowship in the U.S. and Yogoda Satsanga Society of India. Richard became a disciple of this great yoga master and was initiated in the Pranayama meditation technique of Kriya yoga. He also studied the B.K.S Iyengar method as well as other systems of Hatha yoga. To further his studies, he lived in the Ananda Cooperative Yoga Village in Nevada City, CA from 1979–1981. He began teaching in San Luis Obispo County in 1984 and in 2001 he started at Cal Poly. He has been a student of Chaya or Shadow Yoga and has been to Kerala, India to the Poonthottam Ayurvedasram where he underwent a month of intensive Pancha Karma, or yogic detoxification regimen. Richard continues his yoga meditation practice and is an avid member of the Self Realization Fellowship meditation group in Los Osos, CA. Richard and his wife Carol are owners of an art and design company and he is a lead guitarist and singer in his band Blues Asylum, who can be found playing regularly around the county.