The Timbisha (Tümpisa) Shoshone Tribe, are people indigenous to the area around the California and Nevada border. Timbisha means “rock paint” which refers to the face paint from the red ochre in the valley that was applied for ceremonies.

The Death Valley Indian Community is home to the federally recognized Timbasha Shoshone. The Timbisha Shoshone had ancestral lands through the California and Nevada counties of Inyo, Kern, San Bernardino, Mono, Nye, Mineral, and Esmeralda. The creation of Death Valley National Monument and then Death Valley National Park occurred on these lands which displaced and caused the death of many Timbisha. 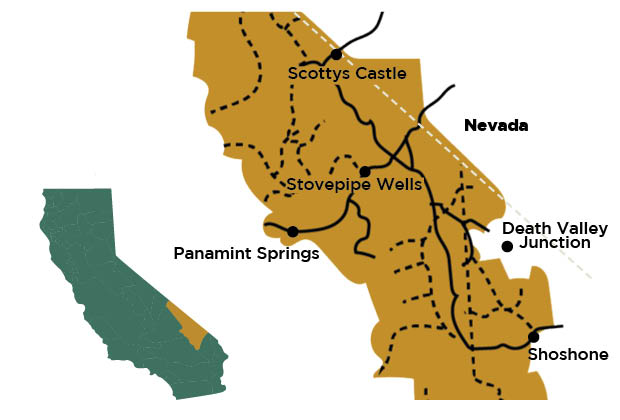 Many of the customs practiced by the Timbisha Shoshone people recognized environmental limitations to ensure maintenance of the ecosystem’s integrity. This was most clearly seen when the tribe would travel up and down the valley in attempt to escape extreme heat and harsh living conditions.

The Timbisha Shoshone also relied heavily on the environment for sustenance, as native piñon pine nuts and mesquite pods were staples of their diet. The tribe used the land in a seasonal manner, often escaping hot summers in the mountains and building villages when the colder months came. Pine nuts and mesquite beans were a large part of their diet which also included hunted animals and other gathered plants. 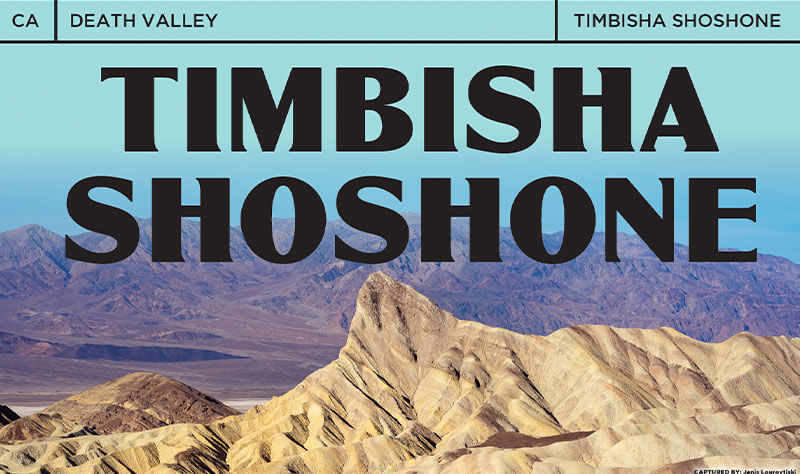 Today less than 100 Timbisha Shoshone tribe members live and maintain the territory that their ancestors once occupied. Members are studying the Shoshone language and the tribe is getting more involved with issues relating to their homeland and conservation including the recycling program and water issues facing this part of the country. The Timbisha is pursuing cultural preservation with assistance from the Tribal Historic Preservation Committee and the NPS to teach and implement the language of the People.