The Serrano, Chemehuevi, Mojave, and Cahuilla Peoples had territories that extended into the Mojave Desert and Joshua Tree Park as its boundaries show today. 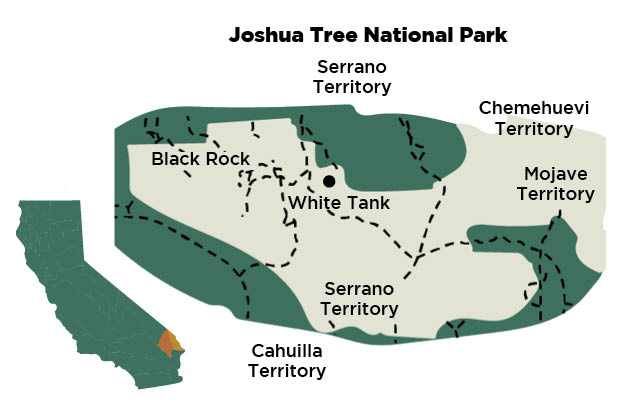 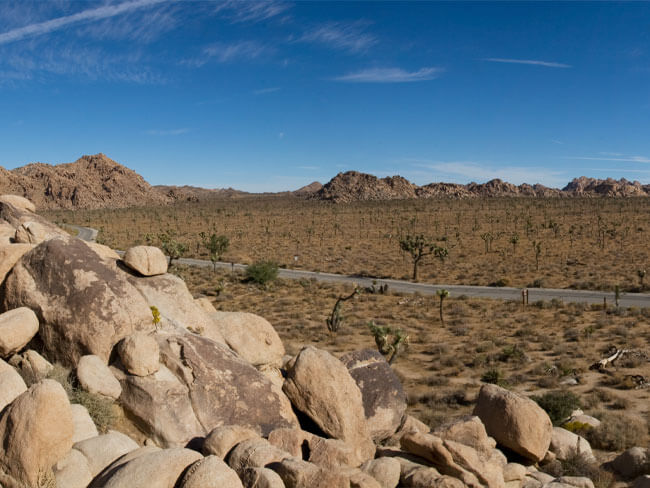 The Serrano, Chemehuevi, Mojave Cahuilla and Mojave Way of Life

The Cahuilla and Serrano lived near reliable water sources most notably, hot springs. The Chemehuevi moved seasonally to hunt and gather and stayed for longer periods during the cold months. The plants and animals from the Joshua Tree/ Mojave Desert area were plentiful and heavily relied on. Many plants and trees were used to make bows and arrows, baskets, and other tools while food varied from small and large mammals to reptiles in drier years.

The Cahuilla, Serrano and Chemehuevi were more non-political, ethnic nationalities while the Mojave called themselves by their name, claimed territory, and went to war as one group.

The Cahuilla tribe is currently located near Anza, California. As a sovereign nation they have a Tribal library, cultural classes, scholarships, environmental protection work, and sport activities.

The Morongo Band, comprised of the Serrano and Cahuilla people, currently employ 3,000 people in the area and have an established economic role in the Coachella Valley.

The Chemehuevi Tribe, by Havasu Lake, has infrastructure and education to fully support members living on the reservation.

The Mojave people are currently on the Fort Mojave which encompasses land in Arizona, Nevada and California. They have an annual Pow Wow every February that welcomes tribes from all over North America to celebrate.