The Southern Sierra Miwuk Nation are people indigenous to Mariposa and Yosemite, CA. The Southern Sierra Miwuk Nation has a long relationship with Yosemite National Park, which officially recognizes the group as one of seven tribes with traditional ties to Yosemite. Yosemite Valley was called Ahwahnee and the people called themselves the Ahwahneechee.

The Southern Sierra Miwuk traditionally lived in the western Sierra Nevada between the Fresno River and Cosumnes River, in the eastern Central Valley of California, and in the northern Sacramento–San Joaquin River Delta region at the confluences of the Cosumnes River, Mokelumne River, and Sacramento River. The Southern Sierra Miwuk Nation populated Yosemite by the late 18th century with the Central Miwuk people using the northern quarter of the park.

In the present day, many from the Sierra Miwuk Nation live in or close to their traditional territories. 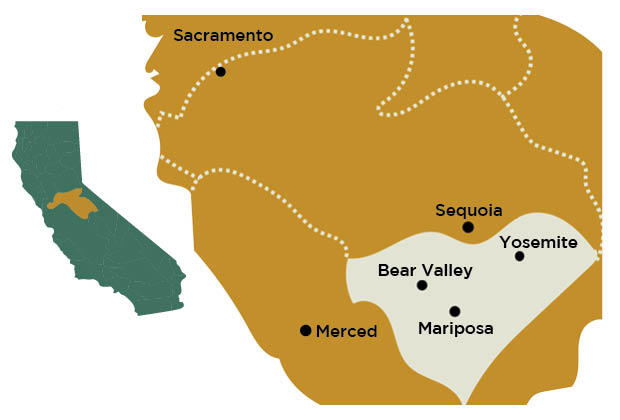 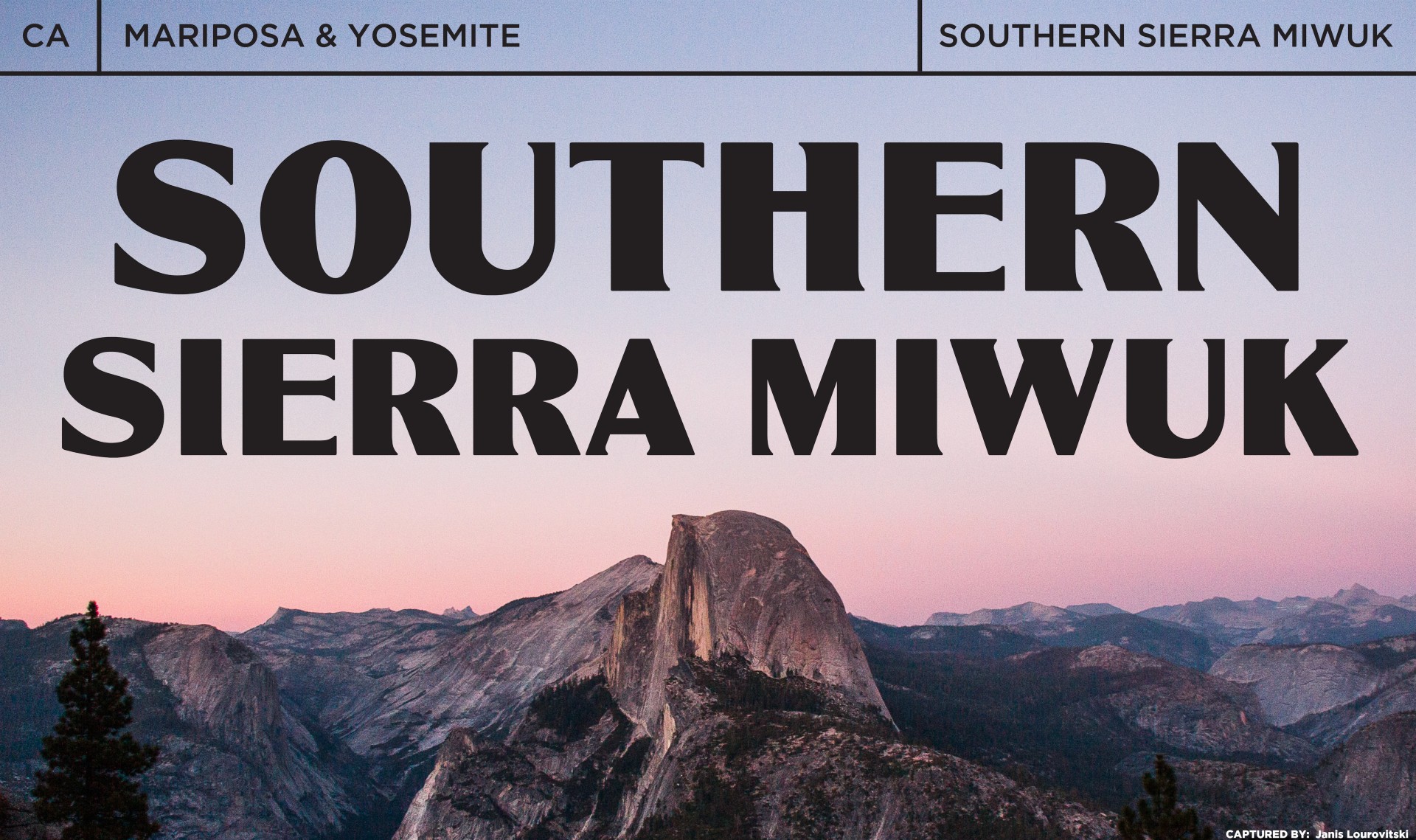 The seasons in Yosemite Valley were a great predictor of the Southern Miwuk’s available food and resources.

Spring was a growth season for plants that were used as food and basket materials. Summer was a harvesting time for seeds, berries, and various other plants used for tools. Toward the end of the summer, fires were set to encourage growth and make the ground clear for harvesting acorns. Autumn was a time for acorn harvesting and storing dried meats and acorns for the winter months. Winter held harsh weather in the valley, and the Ahwahneechee relied on their stored foods and also moved to lower elevations sometimes.