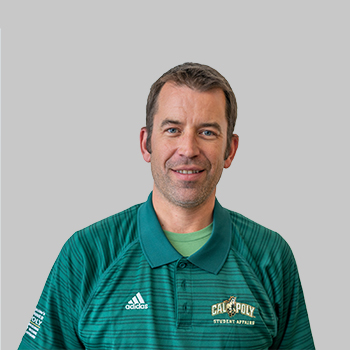 Michael began his career at Cal Poly as a groundskeeper in 2014. Since then, he has worked at Cal Poly in custodial, at the carpenter shop, and at the PAC. He is from Lake Oswego, Oregon, and went to college in Santa Cruz, CA where he studied music and politics. He then got into farming where he did a couple of farm internships before starting his own “neighborhood farm” in Portland, OR. He moved to San Luis Obispo in 2012 and lives with his wife, Christina, and two kids. In his free time, Michel likes to surf, garden, work on his house, and keep up with the Portland Trailblazers!

Want to Join the Team?

ASI employs more than 550 Cal Poly students in a wide variety of positions. Students enjoy working for ASI because they gain valuable experience working in areas of interest which could possibly lead to internship opportunities. ASI jobs are located on campus and offer flexible scheduling. Come join our team today!